Here you can read able now Top Advantages and Disadvantages of School Uniforms Essay. The history of school uniforms has a somewhat past. The tradition started in the 16th century along charity schools, supporting those children who were orphans, those children who are living in poverty, or had no homes. The reasons why uniforms are either supported or criticized have remained relatively the same for over 400 years. Here Top Advantages and Disadvantages of School Uniforms are written below with details which is very use full for Pakistani Viewers.

Main advantage of School uniform is that this is the signature of equality. Because these are same outfits so no one feels poverty and no one will be the king of class, every one wear same dress so they look like same persons. Some persons took so much time for the selection of dresses they have to wear but due to this concept no one would take time to choose clothes daily so there is the savage of time.

There should be the reduction of socioeconomic class, because everyone wears same clothes so they don’t give any chance to look like the belong to a wealthy family. School uniforms create a sense of following disciplines made by others. School uniform is handed over to others out of family or also wear the persons of same family because School uniforms are usually same in many schools. Through same School uniforms helps to focus students on their studies not on the fashion. And utilize that time to study more in well manner. So, these are the main advantages to have School uniform. 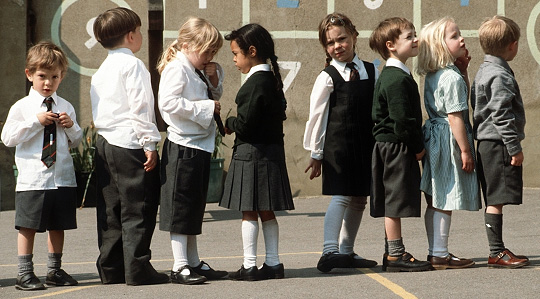 The another one is some students don’t de diversify their selves among many students with same School uniforms so this is also considered as the disadvantage of School uniform. Some researches are also done that is concluded that there is no relation between the School uniform and the progress in studies even they think that students with different clothes have chance to show themselves through their dressing. Many schools enforce students to follow School uniforms in strictly manner that in end make students mentally away from the school that create a barrier among teacher’s schools and students that is not a good policy for students.