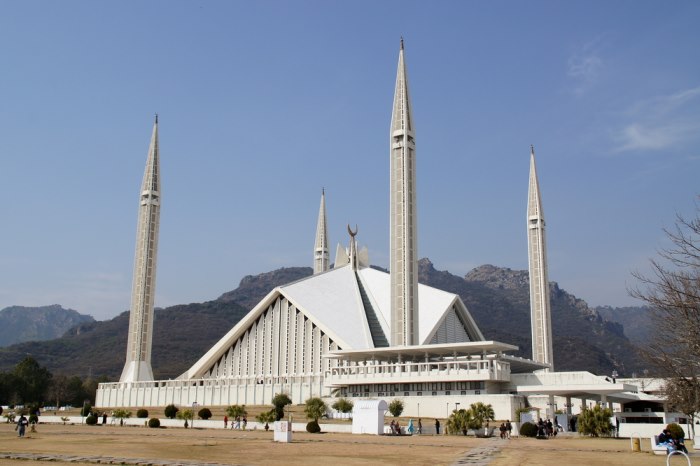 Faisal Mosque is present in the capital of Pakistan. It is located in the national capital city of Islamabad. The Faisal Mosque is one of the largest mosques in South Asia and the fourth biggest Mosque in the world. It is the most famous mosque in Pakistan and it was designed by Turkish architect vedat dolakay to be shaped like a desert Bedouin’s tent. This mosque was completed in 1986. It is the national mosque in Pakistan and named after the late King Faisal bin Abdul-Aziz of South Arabia. Its building is very beautiful and wonderful. Faisal Mosque is very large.

Badshahi Mosque is located in heart of Lahore nearest Minar-e-Pakistan. This mosque was completed in 1673 by a creative architect and commissioned by the sixth Mughal King Aurangzaib. Badshahi Mosque is the second largest mosque present in Pakistan and South Asia and the fifth largest mosque in the world. It is Lahore’s most famous landmark and a major tourist attraction.