Top 10 Countries With Best Education System in The World

Education is very necessary for the growth of any country. It is the core value of any country which plays important role in the country’s development. The importance of education can be assumed that in the next few years, the world will be governed by the youth of the current time. Their actions and way of thinking will be shaped as they experience today. If we educate our youth today then our future will be successful. If we talk about the best education system in the world then we come to know that there are a large number of countries in the world and each country has a different education system. Being a nation we have to adopt an educations system that proves best in the future for us. Here we have arranged the list of the top 10 countries with the best education system in the world so that you can assume the best system. These countries are ranked according to their previous performance and contribution of those graduates in the GDP of the country. Here is the list of the top ten countries with the best education system.

Top 10 Countries With Best Education System in The World

France is the world’s top country according to the educational system. There is a higher literacy rate in this country as well as the students who study from France consider as the best employees for the future because they have must knowledge along with creative minds. 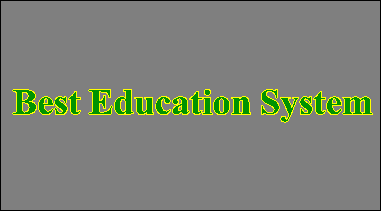 Germany is also one of the best countries which have a good education system. This country also allows brilliant students from around the world to came and study there. The government of Germany plays important role in the educational system as it provides educational loans to students.

Canada is recognized worldwide due to its best education system. It is the dream of many students to study from Canada because this country has many best universities which are ranked the best universities in the world by world ranking.

This country is also best for quality education. It is one of those countries which are growing day by day in the field of education. Students who want to study in Switzerland can apply for a study visa if they are not from Switzerland.

Japan:
Japan is one of the fastest-growing countries in the world. It is not only the best country for producing electronics but also for producing fresh graduates.