Speech on Quaid-e-Azam 25 December in English

Once a wise man said, that some people born great and some people become great due to hard work. Though the creator of Pakistan Quaid-e-Azam had greatness by birth he worked hard too and Here You can find Speech on Quaid-e-Azam 25 December in English and Quaid-e-Azam was born on 25th December in 1876 on Monday to the hose of Jinnah Punjab. After the birth of our beloved leader, most people had recognized him and said that one day this kid will become the king. These words were proved true when he helped Muslims to get independence on 14 August 1947. He had leadership in his blood and proved his vision at every step in his life.

After completing religious studies he took admission to Mission School Bolton Market in 1883. After two years, he was sent to Ali Garh to get an education and later he moved to Bombay. After completing his education he was moved to England and took admission to Lincoln’s Inn. Till the age of 20, he became a barrister and started practice in Bombay.

Speech on Quaid-e-Azam 25 December in English 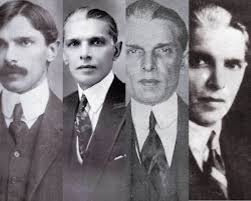 As a lawyer, he became popular due to his vision and skills in handling different cases including 1907’s Caucus Case. He also started taking interest in politics and joined Congress. After sometimes he left the Congress and joined Muslim League. With the passage of time, he becomes the biggest well-wisher for the Muslim League and Muslims of the Subcontinent. He decided that one day he will get a separate land for Muslims.

As a leader, he worked hard to get independence from the British Raj and represented Muslims on various occasions. It is due to his hard work that a separate homeland Pakistan was created. After the creation of Pakistan, He becomes the first governor-general of the country until he died. Being governor-general of the country, he worked day and night to establish a new nation’s policies and governments.

He is known as the Father of Nation. On 25th December on his birthday, there is a national holiday all across the country. Our beloved leader Quaid-e-Azam Muhammad Ali Jinnah died on 11th September 1948. Now, this is the time to prove loyalty to the beloved leader and Father of a nation that we should work hard to make this Pakistan as Quaid’s Pakistan. We should never forget those difficulties that he faced during that time to make us independent so that we can spend our lives freely and can practice Islam.