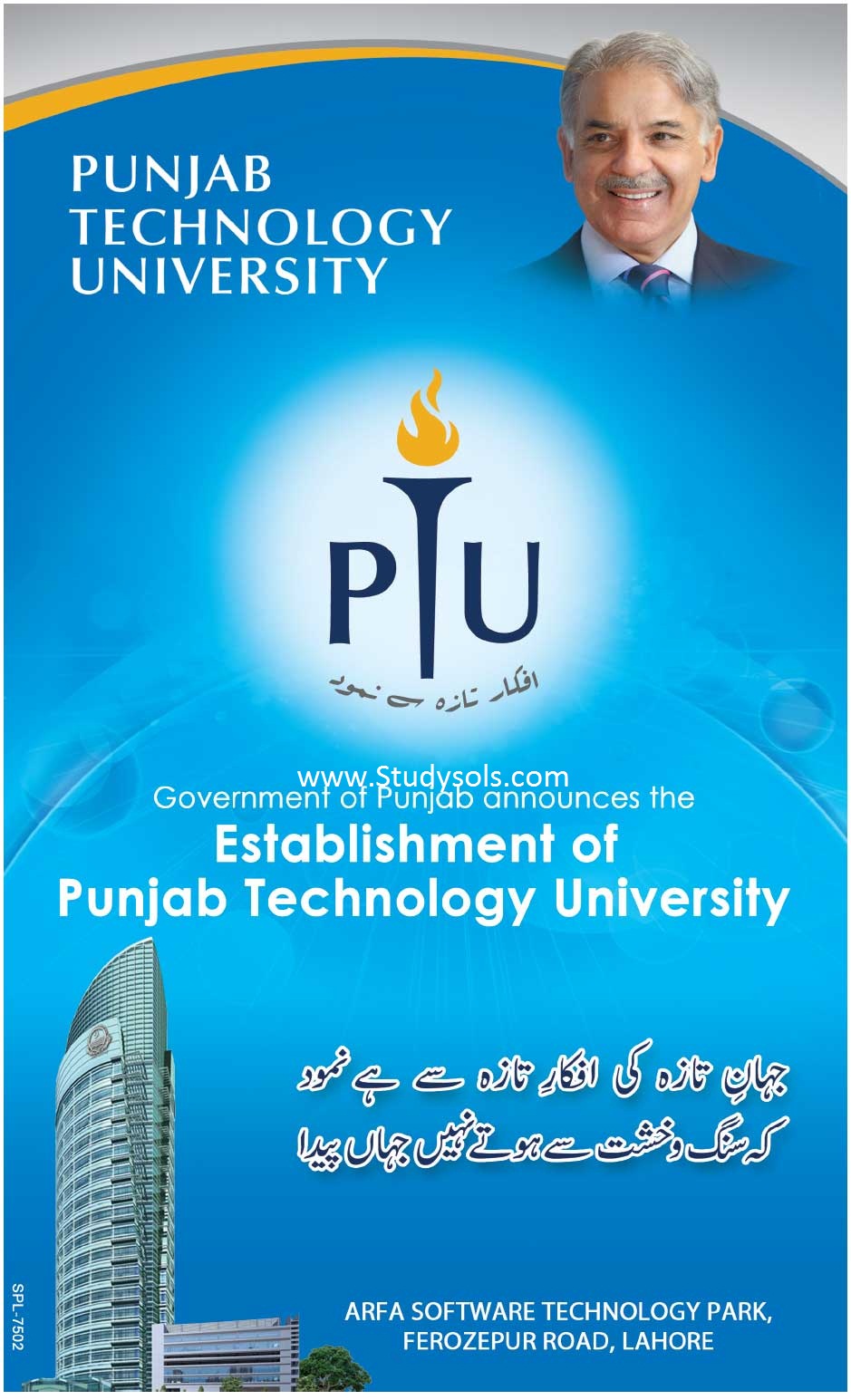 Chief Minister of Lahore Shahbaz Sharif has said in his speech that first information Technology University is going to launching in Lahore Punjab. Punjab IT University will be offered their programs as soon as possible because its classes will be start from september. He said that by the provincial government will offered land for the Punjab Technology University (PTU). This would be controlled by a self-determining board for maintenance the uppermost standard of computer education.

He said further that the first campus of the Punjab Technology University (PTU) had been established on the sixth floor of Arfa Karim Software Technology Park. And its classes would starts from September this year.

The chief minister of Punjab Shahbaz Sharif was addressing in the gathering after the soft aperture of the project of the Punjab Technology University (PTU) at the Arfa Karim Software Technology Park. May be more than 1,000 students boy and girl would be get education in modern technologies in computer science.

The Permanent campus of the (PTU) would be established with the cooperation of Middle East Technical University of Turkey and the territory area would be over 705 acres at Dera Rakh Chahal near Ring Road Lahore. Chairman of the Higher Education Commission (HEC) Dr Javed Leghari was also said that the development of Punjab Technology University (PTU) would help to make improvement in the IT sector of Pakistan.

This Institute will be help full for our Pakistani Student to grow in the Information Technology and Computer Software and Hardware world. PTU would give a strong base to the national and International growth For the Pakistani Students.

Here we will tell you about Punjab Technology University (PTU) of IT that when it will offer its Courses and Programs. Therefore latest updates and news about all education in Pakistan So keep in touch with Studysols.