The government of KPK has introduced online vehicle verification system in KPK. The government has computerized all the vehicle registrations in the region of KPK. Under new law no one is allowed to drive their car with the old registration numbers anymore.

The computerization of Motor vehicles registration and taxation system is called as MVRS. MVRS is a web based system with Oracle 10g Database on the back-end and PHP on the front-end.  District Excise & Taxation Offices access the MVRS database through a web browser over the internet.

The use of live web has eliminated the chances of fake vehicles registration. The 14 district Excise & Taxation Offices are currently online connected with main database located at Directorate General Excise & Taxation Peshawar. 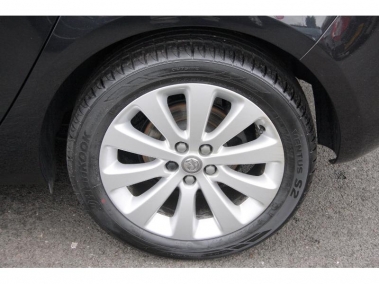 In this system of online vehicle registration the record of motor vehicles registered in any district of Khyber Pakhtunkhwa is stored in a central database server located in Peshawar. Through MVRS, not only motor vehicles data has been safeguarded but management of this important sector has been made simplified.

You can get the data of any vehicle within seconds. By introducing this system the fake registration numbers will be caught very easily. The old system of registration was not meeting the demands of people so all the data has been computerized in this way. An undue/unauthorized alteration with the vehicles data/files which was ripe in the old paper based system is no more possible in the MVRS.

The collection of enormous amount of data is also possible in this online system. This system will also facilitate the taxation department for public. The government of Khyber Pakhtunkhwa has established 3 Tax Facilitation Centers in Peshawar, Mardan and Abbottabad in order to facilitate the general public in payment of motor vehicle taxes at Excise and Taxation offices. A firm called M/S Digit Ware Systems is operating those TFCs on BOT basis.

This online verification system will stop the use of illegal vehicle moving on the roads of our country. The Government of Khyber Pakhtunkhwa has hired a German based private sector firm M/S EHA Hoffmann GmbH on Built Operate and Transfer basis for manufacturing and supply of Reflective Motor Vehicles Registration Number Plates, Third Number Plate (windscreen sticker), Passport type Registration Book and Computerization, networking, scanning, archiving and software development and implementation of Motor Vehicle Registration System.