The Minister of Punjab Mian Shahbaz Sharif has introduce the Metro Bus Service in Lahore this Traveling service is all about the public of Punjab Pakistan. Metro Bus Service Lahore Routes Map and Time Table Chart by Stops, MBS System Lahore is provided here So you can get the any information about it here Like Metro Bus time and Stops and its rout maps in the Lahore.

The Minister said to the Students that they can traveling in Lahore in Air Conditioned Buses in these Load Shedding days in Rs. 10/- Rupees and said that they should not worry about summer but they should study in their comfortable Journey. 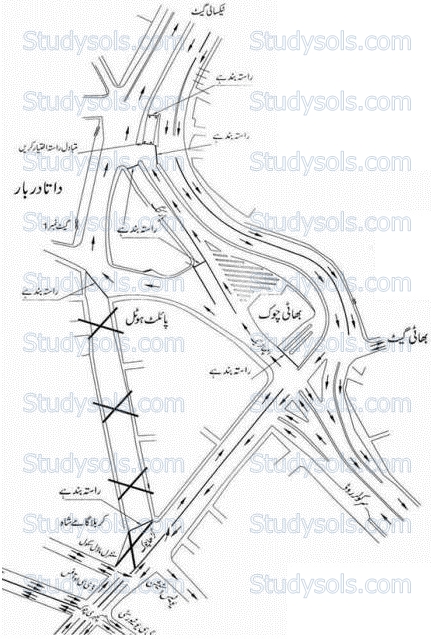 Now a days Almost many roads are covered because Punjab government is going to introduce the new and fast traveling system which was not in the Whole Pakistan before now this a new style and trend in the Pakistan that anyone can travel in the Lahore any where. 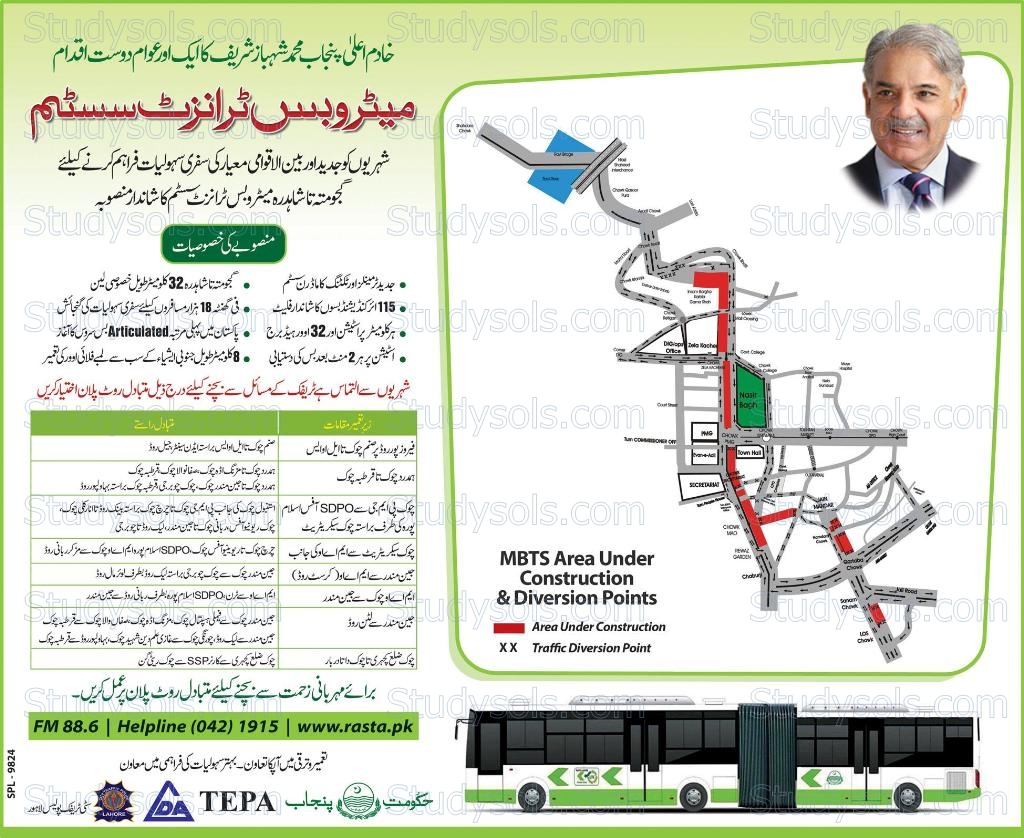 Lahore Transport Company (LTC )has taken over the infrastructure and regulation responsibilities from the DRTA Lahore office on 1st December 2009.  LTC operations wing has identified various inefficiencies in the existing routes and their alignments as they exist in Lahore.

Re-alignment for better management and efficiency requires an extensive survey study form the entire district of Lahore. For the purpose international consultant GTZ has been selected by the Government of Punjab which will complete its study in 2011.  Until then LTC will improve upon bus and passenger transport infrastructure on the existing route alignment.

The Punjab Transport Department (Lahore Transport Company) LTCis supervising the project while NESPAK is providing technical help on the Ring Road project. The Punjab Communications and Works Department is managing the Ring Road project. The four lines that LRMTS planned were based on an elevated and underground system This Metro bus will cover some different areas which mentioned here below

They also said the engineering company had designed the other three proposed lines. According to the design, a second line would start from Thokar Niaz Baig and would end at Daroghanwala, covering about 22 kilometres, sources said. From Thokar, the proposed line would be elevated and would pass through Mansoora, Multan Road, Lake Road, Lakshmi Chowk and Railway Station from where the line’s underground portion would begin, passing through Tezab Ahatha, Bhagwanpura, University of Engineering and Technology, Shalimar Gardens and Daroghanwala.

The fourth line would start from Bhaati Chowk and end at Allama Iqbal International Airport. The line would pass through Bhaati Chowk, Brandreth Road, Railway Station, Allama Iqbal Road, Dharampura, Ghazi Road and end at Allama Iqbal International Airport, sources added. The Green Line would facilitate about 350,000 people, sources said, adding that the project’s technical study would be completed by the end of May 2006. They said that to facilitate Lahoris the Punjab government had also started the Ring Road project.

Lahore Transport Company Responsible Official’s has said that almost 45 buses will be move on this track and these fast buses length will be 18 meter which are 6 meter long from other buses. Officials said that in these buses almost 120 to 140 tourist can travel at a time and almost 60,000 people can travel in this bus in a day. Transport Company said that one buses will travel in a day near about 16 hours it timing will be morning 6:30 am to 10:30 pm with any break will travel.

For the Further and Latest Updates you should keep stay with us here on this page because here we will provide you Metro Bus Service Lahore Routes Map and Time Table Chart by Stops, MBS System Lahore.