With the name of Allah who is most beneficent and merciful, here we are going to discuss the Eid Salah takbeers. Basically, there are two main Maslak (fiqa) Shafi and Hanafi. One community believes in Shafi Maslak and the other beliefs in Hanafi. There is no doubt that there are four main Immam in which maslaks are divided into 4 main parts. However, there are many other maslaks surrounding these four Imams. Actually, Muslims prefer to pray according to their Imam’s instructions. Therefore, they prefer to pray their obligatory Salah and Eid prayers as per the instructions of their Maslak. So, here we are going to mention the number of takbeers according to Shafi Maslak and Hanafi Maslak. In this way, the answer to How many takbeer in eid ul Adha prayer Shafi and Hanafi? is available here.

Here you will get to know the number of takbeers according to your Maslak. As we are covering Shafi and Hanafi Maslak in this post. So, you can see how many takbeers in Shafi Maslak. In fact, you can also see how many takbeer in the Eid ul Adha prayer by Hanafi. Actually, one Maslak performs six extra takbeers and the second performs four extra takbeers. So, you can check which Maslak performs six additional takbeers and which performs four extra takbeers. But both are right with their proofs to pray Eid ul Adha Salah. In this way, we are going to mention the number of takbeers for Eid ul Adha in this post. So, in the below section, you can see how they perform in order to pray Eid ul Adha Salah.

How many takbeer in eid ul Adha prayer Shafi and Hanafi? 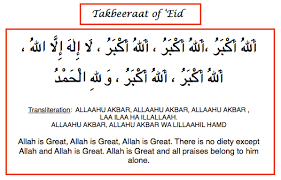 The followers of Shafi’i schools of Thought perform six additional takbeers in each Rakat. Actually, the Eid Salah consists of two Rakats in which each Rakat has additional six takbeers. So, in the conclusion of the Eid ul Adha prayer, people perform 12 times takbeers to complete the Eid prayer. In this way, the believers of Shafi Maslak will call six extra takbeers to complete Eid Salah. Actually, the view of Imam Shafi is there are seven takbeers in the first Rakat and five takbeers in the second Rakat.

According to the Hanafi school of thought, there are 4 takbeers with 3 additional takbeers in the Eid ul Adha prayer. In this way, the people who believe in this Maslak will perform 3 extra takbeers to complete their eid ul Adha salah. Actually, Hanafi believes in Imam Abu Hanifa and his view is three extra takbeers at beginning of the first Rakat and 3 in the second in the end.