Government and Private education systems in Pakistan are the two sides of the picture, which neither be separated nor be merged. Education is the key to success and you can assume its worth from this statement that those who know and those who haven’t knowledge cannot be equal. Right education always leads to success while wrong education becomes the reason for failure. It is the basic step in one’s future and without this step, it became harder for anyone to achieve success. Choosing the right institute to become difficult now a day. As we are talking about the difference between Government And Private Education System In Pakistan then let me tell you there is a huge difference between them.

In government educational institutes, the teacher follows the old methods and teaches the old syllabus but in private institutes, they always focus on the future needs and always arrange their syllabus according to them. On the other hand, Government institutes are cheap and every student either from allied class or from middle class can afford. But when we talk about the private institutes, no doubt they are providing the best education but on the other hand, they have a monopoly in fee structure. Their fee is not affordable for a student from a middle-class family.

Perks of joining government institutes are that a student will become able to get scholarships like free laptops from the government but these facilities are not in private institutes. On the other hand, private instates offers several activities other than studies such as trips, concerts, parties and many more. The private educational system always tries to groom the personalities of their students, while the government education system has no such plans and they always focus on the old way of studies. 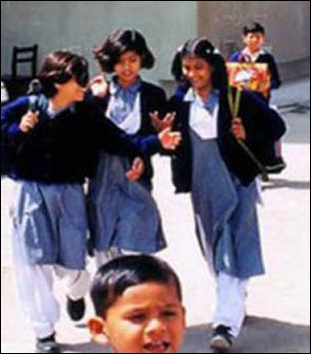 Private students have an opportunity that they tend to study hard by their education but the students of public institutes have to study by themselves which makes them more responsible. Both Government and private education systems in Pakistan are different and both have their own good and weak points too. It depends on the student to choose which educational system suits him / her best. Any student learns anything by himself and institute and teachers only guide them. The difference is between guidance and way of teaching and the rest of the things are the same in these systems. Don’t be confuse and choose which is most affordable for you and what are your requirements.