Our great leader, the founder of Pakistan, Muhammad Ali Jinnah was born in Karachi on the 25th December, 1876. Here find the all viewers Essay on Quaid e Azam Mohammad Ali Jinnah in Urdu, English for 10th, 12th class. He received his early education from Sindh Madrasat ul Islam Karachi. Later on, he entered into a missionary high school and passed the entrance examination. Next year he went to England and returned after four years as Barrister-at-Law. In 1915, he loved and married Ratan Bai, the daughter of Sir Dinshaw Petit. He is known as the father of nation.

He is the greatest leader of this century. He devoted his life to the creation of Pakistan. First of all, he was the member of Indian National Congress. He worked for Hindu-Muslim Unity. But later on, he joined the Muslim league in 1913. He worked day and night for establishment of Pakistan. In 1940 his efforts led to the resolution of Pakistan. After 7 years of Pakistan resolution, his dream came true and Pakistan emerged on the map of world. 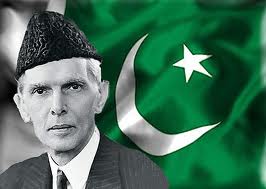 In 1946-47 general elections, the Muslim League won a large number of seats in the provisional assemblies. After the Second World War the British promises to leave the country. On 14th August, 1947, India was divided into two states India and Pakistan. It was a great success for Jinnah. Despite it, he was not proud. He stayed humble.

Read Very Use Full Article about

Physically, the Quaid-e-Azam was a weak and thin person. His health was not good. But on the other hand he was a man of strong will. He had to face a large number of problems and hardships but he remained firm to his stand. The English and Hindus could not succeed to win him over. He always showed strong will power at all occasions. He was as firm as a rock. He was a man of courage. He was also a brave man and fearless leader.

To get Pakistan he did not care for his broken health. He did not care for dangers to his life and opposition from the Hindus and the English. He was ready to face all the circumstances. Quaid-e-Azam was a very wise man. He had an independent judgment and opinion. He decided everything in the light of reasons.  His argument against or in favor of a matter were very clear and convincing.

Through his great quality, he failed the Hindu intrigues and the English mind and succeeded in his mission. He got a separate homeland for the Muslims of sub-continent. As you know that Sincerity and devotion are essential virtuous of success. So Quaid-e-Azam was a sincere and devoted leader. He was upright and honest. He devoted all his time and energy for the achievement of Pakistan. The Quaid-e-Azam worked selflessly for the Indians and the Muslims. After Pakistan was made, he continued to work hard for them until his death. He never stopped his work.

He advised the whole nation to work. He said,”work, work and work”. He put the same thing into practice. Quaid-e-Azam was a great orator. Everybody used to listen him very carefully. He was a hardworking and industrious person. At last due to his efforts, he succeeded to create a new homeland for the Muslims of India. In 1947, he got Pakistan and worked as the first Governor-General of Pakistan. After independence, he remains alive for 13 months and work tirelessly. He died on 11th September, 1948 due to lung cancer. His tomb is in Karachi which is called as mazar-e-Quaid.