Essay on Pakistan My Beloved Country

Pakistan is our country which is located in South Asia between India, Iran, Afghanistan and China. If you are looking for the Essay on Pakistan my beloved country than you are at right place. Islamic Republic of Pakistan is a Muslim country which was established for the Muslims of the sub-continent in 1947 by the hard work of Quaid-e-Azam. This country is sixth largest country present in the world by population. Pakistan has a total land area of 796096 km. Pakistan including the territories of Azad Kashmir and Gilgit Baltistan) too. Its capital is Islamabad which is situated in beautiful area near Murree. Pakistan has a seventh largest army in this world which makes Pakistan 34th largest country in the whole world. The largest city of Pakistan is Karachi, which is situated near Arabian sea.

National Language of Pakistan is Urdu. Pakistan has a unified parliamentary system which is working day and night for the betterment of this country. The current president of Pakistan is Mamnoon Hussain (PML N). It has a governmental a unified republic, But during this period its history is changed. the change history is democratic state and military dictatorship by Ayub Khan (1960s) and Zia-ul-Haq (1980s).

Essay on Pakistan My Beloved Country

This essay also use for Paragraph on my Country Pakistan and This country has three largest politics parties and these are Pakistan Peoples Parties, Pakistan Tehreek-e-Insaf and other one is Muslim League Pakistan. Our beloved country Pakistan has four provinces, Balochistan, Khyber Pakhtunkhwa (NWFP), Punjab and Sindh. Among these four provinces, Punjab is largest province by the number of people but Baluchistan is the largest province by this area. Pakistan’s economy is based on industrialized economic system. Since 1990s there has been great improvement in the foreign exchange market in this position. The significance debt-relief from the United States. Pakistan’s has largest gross domestic product, as measured by purchasing power party. 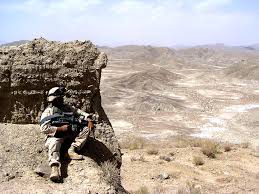 Pakistan became independent in 1947 from British Raj by the day night hard work of Muhammad Ali Jinnah. Pakistan has include in the area in the North-east-India region. It has basically supported the west in war against fundamental terrorism. Urdu is the national language of the country Pakistan but people use to speak different languages according to their area. The national sport of Pakistan is hockey but the Cricket is the most popular game in this country Pakistan. If you have any question or want to get more essays like this than you can stay tuned with us for further and up to dated information.