If you are looking for the Essay on Co Education System in Pakistan than here is the good site. Co education is a new trend in the field of learning and studies. It means the education of boys and girls in the same schools, colleges or universities. This modern concept has made tremendous progress for the past few years. This concept provides an opportunity to all the students and results in magnificent study competition. Initially this concept was first introduced in Switzerland and later adopted by other countries of the world due to its preciseness and meaningfulness.

In a society everyone has his own opinion about any new system introduced. Some are in favor while others criticize it. This system has many advantages which enable our people to welcome it enthusiastically. The greatest benefit it can give is economical stability. As we know that Pakistan is a developing country. So is extremely difficult to maintain separate educational institutions for both boys and girls. Secondly co education teaches the students about how to behave in a social gathering. 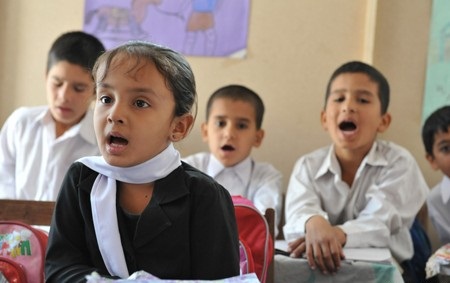 Co education enhances social and moral values among students. It develops an element of politeness and softness in students especially among boys. This type of education the students get an idea about their social life interactions. It creates healthy competition in which one group tries to achieve superiority over the other. The chances of appreciation are bright while studying in co education.

This system is obvious to get success only if adopted at the elementary level. In this way the students will be habitual of studying in a congenial environment. The element of shyness and hesitation which is very prominent among female students is easily tackled through this system of education. The most important feature of co education is that of personality development. It gives the chance to every individual to reform and enhance ones personality.

These features are less likely to be accepted by narrow minded people of Pakistan. According to them co education has the following demerits. People think that for an Islamic country like Pakistan, girls feel secure and safe in institutions which are only meant for girls. They can freely participate in various activities like sports, dramatics, and debates and so on. It is observed that teachers of subjects like biology hesitate to discuss certain topics in a having male and female students.

Some parents feel that students of teenage have tender minds and ideas, so their possibility of going astray is much more in co educational institutions. The opponents of co education consider this intermingling to deviates the students from their specified goal. They seem to take interest in sideshows other than studies. They do not give due importance and attention to their studies, as a results they get failed.

To conclude, I would like to say that co education in Pakistan enables the students to compete with other students of the world. This new and unique system of education is the demand of twenty first century. Both male and female students should be provided an equal opportunity to prove themselves in the field of education.