The Current Situation of Pakistan Economy

Here you will come to know about The Current Situation of Pakistan Economy from this site. The economy of Pakistan is the 25th largest purchasing power parity (PPP) in the world and 43rd largest gross domestic product in term of nominal. However, Pakistan’s undocumented economy is estimated to be 36% of its over the economy. Now a days Pakistan is a developing country and is one of the eleven countries that have the potential to become one of the world’s large economies in the 21st century. BMI research report Pakistan named as one of the ten emerging economies of its manufacturing hub. According to the World Bank, in Pakistan poverty fell from 64.3% in 2002 to 29.5% in 2014.

The Current Situation of Pakistan Economy

The currency is the Rupee in Pakistan, ISO code and abbreviated Rs, which is divided into 100 paisas. Recently the SBP has introduced all-new design notes of Rs in Pakistan which is 10, 20, 50, 100, 500, 1000, and the largest note is 5000. The Pakistani rupee depreciated against the US dollar until around the start of the 21st century. Pakistan’s central bank export competitiveness to stable by lowering interest rates and buying dollars, in order to preserve the country. Pakistan is 5.7 percent economic growth in the next fiscal year. 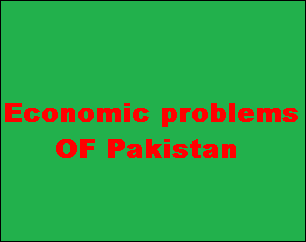 The National economic council, Pakistan highest economic decision making held its meeting in Islamabad this week to set targets for the next year, beginning of 1st July. Pakistan secured $ 6.6 billion loans from the IMF in 2013 is held before the release of next installment of the loan. Today the nominal GDP of Pakistan is 270.96 billion to a high growth rate. The gross domestic product in Pakistan is 29,812,761 in and per capita income as the US of 2.71, and Pakistani rupees is 104.55. Today the main import partner countries of ours, which is China 17 %, the United Arab Emirates 15% , Kuwait 8.8%, Saudi Arabia 8.5%, and Malaysia 4.8% to import their goods.