Biography of Quaid e Azam Mohammad Ali Jinnah and speech on 25 December. Quaid-e-Azam Muhammad Ali Jinnah (25 December 1876-11 September 1948) is the founder of Pakistan. He is called Baba-e-Quam means the father of the nation. He was a man of character, mount of pride, a freedom fighter, and the greatest leader. His role in the establishment of our beloved country Pakistan can never be forgotten. He is the man whose dedication and love to the Muslim end in the establishment of our beloved country.

He was so much dedicated person that he worked all the time to let us free from the slavery of Hindus and English people. As the first governor-general of Pakistan, he made his efforts for the rehabilitation of people who came from India with their families.

When the slavery of centuries grabbed the spirit of freedom of Muslims when chains of feet become heavy, and when the clouds of sorrow appeared then the name of the greatest freedom fighter appear on the pages of history whose great efforts lead to the establishment of an Islamic state in the world, Pakistan. Jinnah did not accept the slavery of Britain’s and he achieved his aim through his superb dedication and determination.

He received his early education from Sindh madrasas ul Islam Karachi. Then he admitted to church mission school from the sixth standard. Then Muhammad Ali Jinnah moved to London and studied at Lincon’s for higher education where he studied Law from 1892-1896. In 1986, he started Law practice at Mumbai High Court and appeared as a successful lawyer. 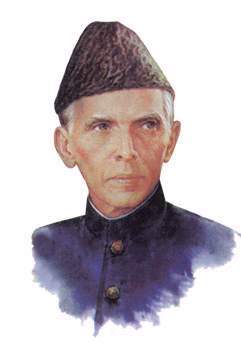 Political career and struggle of Muhammad Ali Jinnah: In December 1906, he participated in a congress meeting at Calcutta, and at that moment he shined as an able man. He appeared a man with a peaceful attitude and moderation he declared as an ambassador of Hindu-Muslim unity. While as a member of congress he realized that congress is selfish and Hindu rule was its main objective.

He was depressed with that attitude of congress and moved to England. Then at the request of Dr. Allama Iqbal and Liaqat Ali Khan he again came to the subcontinent. The deformed historical facts always came in light but the historical facts will emerge again. There are many books written on the life of Muhammad Ali Jinnah. These facts reveal that Jinnah left congress due to the irresponsible behavior of congress.

Then Muhammad Ali Jinnah joined Muslim League in 1913. In 1929, he presented the famous 14 points which are considered as the foundation of Pakistan. Then he unites two factions of the Muslim League. Due to his honesty, courage, and bravery, he rejected the minister-ship from British Empire. He refused to accept the title of “SIR”.

Due to the massacre of Muslims at Julian Wala Bagh, he resigned from the Central Assembly as a protest. In 1940 the resolution of Pakistan passed in Lahore. After 7 years of Pakistan resolution, his dream came true and Pakistan emerged. After independence, he remains alive for 13 months and worked tirelessly. He also abode the largest migration of people in history.

Last words of Quaid: On the death bed he slowly opened his eyes and said to his sister Fatimah Jinnah, Oh Fati! God Bless you. There is no God except Allah and Muhammad is his prophet. Muhammad Ali Jinnah died due to lung cancer on 11 September 1948.