Airlines in Pakistan International and Domestic

Pakistan aviation industry was started with the establishment of Pakistan International Airline (PIA). For many years, there was only one airline in Pakistan but with the passage of time private airlines were emerged in Pakistan. Then after many years a new airline which was named as Air Blue was a new comer in the aviation industry of Pakistan. There were four airlines working in Pakistan but one of them is currently not operating named Bhoja airline because of fatal accident of aircraft. On 20 April 2012,  Bhoja Air Flight 213 carrying 127 people on a flight from Karachi’s Jinnah International Airport destined for Islamabad’s Benazir Bhutto International Airport crashed near Chaklala killing all on board. Thus on 29 May 2012, The Ministry of Defence of Pakistan has temporarily imposed a ban on the operations of Bhoja Airline in Pakistan .Currently three airlines are working in Pakistan. 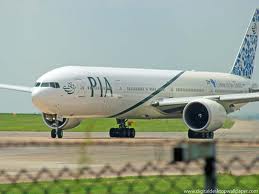 Generally known as PIA; or Pakistan International, is the national flag carrier and a state-owned enterprise of Government of Pakistan. PIA was established before the establishment of Pakistan before it was a part of British India. Once regarded as Asia’s best airline, it is headquartered at Jinnah International Airport in Karachi  and operates scheduled services to 24 domestic destinations and 38 international destinations in 27 countries across Asia, Europe and North America. Its main bases are at Karachi, Lahore and Islamabad/Rawalpindi. There are many services offer by PIA.PIA operates a two-month (pre- and post-) Hajj operation each year to and from Jeddah and sometimes Madinah in Saudi Arabia. PIA transports over 130,000 intending pilgrims each year from Karachi, Lahore, Islamabad, Peshawar, Quetta, Faisalabad, Multan, Sialkot, and Sukkur to the Kingdom of Saudi Arabia with its fleet of Boeing 747-300 and Boeing 777-200ER. 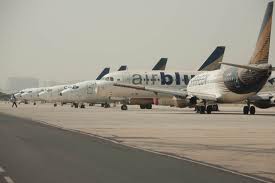 Airblue Limited is a private Airline working in Pakistan. It is Pakistan 2nd largest airline. This airline was established in 2003 and started its work in June 2004. Airblue operates scheduled flights operating 30 daily services linking four domestic destinations Islamabad, Lahore, Karachi and Peshawar with international services to Dubai, Abu Dhabi, Sharjah, Muscat, Istanbul and Manchester. Its main base is Jinnah International Airport, Karachi. It is the first airline in Pakistan to start e-ticketing online. Airblue Flight 202 crashed on 28 July 2010 near Islamabad in Margalla Hills, killing all 146 passengers and six crew members on board.

Besides these Airlines, there are many Charter Airlines in Pakistan:

Charter flights may consist of an on-demand, ad-hoc flight where a customer enters into an agreement with the charter airline to fly to and from the origination and arrival destinations of their choice and the times they desire.